Bill Bricker: The Poster Boy For Eliminating the Statute of Limitations in Illinois for Child Sexual Abuse

On Tuesday, October 4, 2016 at 10:30 AM, there will be hearings in Chicago at the Bilandic Building, 160 N. LaSalle/Room C600 on an Illinois Senate bill to eliminate the statute of limitations for child sexual abuse. You can listen to audio here: http://www.ilga.gov/senate/audvid.asp

I am providing this narrative to my Illinois state assembly representative, Elaine Nekritz, for background on my interest in this bill. She is a member of a task force on the subject. This narrative is a work in progress and probably won't be finished until after Tuesday, October 4, 2016. But I decided to post it as I wrote it. [After Trump was illegally elected IMHO, I also decided to take a break from everything political, so this still isn't finished as of January 9, 2017]
____________________
Bill Bricker was a serial child molester for at least fifty, and perhaps as many as seventy, years, who was enabled by the administrators and attorneys for the school district where he worked, the owners of the Wyoming ranch where he taught campers in the summer, the Boy Scouts, the police department in the town where he lived, and the statute of limitations in Illinois. In the end, the long arm of the internet took him down.

Approximately fifteen years ago, when we were in our fifties, a childhood friend from Winnetka told me he had been molested many times by his scoutmaster, Bill Bricker in the 1950's. Bricker was a Winnetka native who became a decorated Marine veteran during WWII. He was awarded the Purple Heart and the Silver Star for his bravery in battle on Okinawa. After the war, he became a Winnetka scoutmaster, a popular gym teacher at Winnetka's Hubbard Woods Elementary School, and worked as a camp counselor at Teton Valley Ranch near Jackson, Wyoming during the summer.

I immediately wanted to report my friend's molestation to the police, but he said, "Only if you can find someone else who will come forward. They will try to destroy me otherwise." I told a troubled family relative what I had learned about Bill Bricker. After a moment of silence, he said Bricker had molested him too. I talked to one of my best friends from high school whose Eagle Scout brother had shown signs of mental illness and committed suicide in college. She is convinced that Bricker molested her brother, too.

After my childhood friend told me he had been molested, I went to the Winnetka police to make a report about what he told me without using his name. I thought perhaps there had been others who had been to the police. The uniformed officer who did the intake made his notes on the back of a used envelope. He told me the statute of limitations had passed and not to expect to ever hear from them about anything they found out. They weren't kidding.

There is no record that I ever spoke to the police at all.  I can only assume that the Winnetka cops felt there was no reason to keep a record of the complaint because the statute of limitations had passed.

Shortly after my visit to the police, I tried to get Bill Bricker's teaching records to see if there were any other complaints. I called the Winnetka School District #36 office. They informed me that I couldn't get Bill Bricker's records even using the Freedom of Information Act [FOIA]. That was a surprise.

Frustrated, I was at a standstill until around 2007. I begin to Google BIll Bricker in hopes of finding information on the Internet. Since I was Googling him, I thought maybe some of the people he had molested would be using Google too.

In 2007, I discovered a flattering profile written about Bricker in the Glen Arbor Sun, a publication in northern Michigan where Bricker was retired and living. He was now in hia eighties. I copied and pasted the article to my blog and waited. During the ensuing seven years, the Glen Arbor Sun received so many unexpectedly negative comments from Bricker's former victims that they took the article down.

By 2014, there were even more comments about the article on my blog, enough so I first received a request from a victim to post the contact information for an attorney who was willing to help pursue a case against Bricker in Illinois. But it turned out that the statute of limitations was long past for everyone he talked to.

Next, I received a call from a Detective Dani Spence of the Teton County Sheriff's Department near Jackson, WY. They had heard from two victims who had attended Teton Valley Ranch [one in the 60's and one in the 80's] when Bricker was a camp counselor. Wyoming does not have a statute of limitations. The sheriff's office read the comments on the blog and opened an investigation. At her request, I posted Detective Spence's contact information so victims hoping that victims molested at the camp in Wyoming could come forward.

In September of 2014, Wyoming had Bricker arrested in Michigan at the age of 94.  Upon his arrest, Winnetka School District #36 provided copies of Bill Bricker's 200+ page school file to interested parties.

While the people I have talked to were molested in the fifties, the first complaint about Bricker does not show up in his school records until 1968. At this time the following occurred:

• Because of the accusation[s] made by a student[s] there is a timeline that shows he had a scheduled meeting with the chief of police -- but there is no record of that meeting and no indication that any investigation was made
•He had a scheduled meeting with a psychiatrist -- but there is no record of that meeting or the psychiatrist's evaluation
• There is correspondence that he was removed from teaching after school sports at Skokie School, so as not to bother the boy[s] who had made the complaint about him, but he was not removed from teaching at Hubbard Woods School.
• According to a letter written at the time by the Winnetka scoutmasters, one of whom was a fellow Marine, Bricker stepped down from Boy Scout Leadership, using his engagement and upcoming marriage as the reason. [The marriage lasted four years, but an uncorroborated scource says it only lasted eighteen months and neither party married again]. According to the letter to the school board from the scoutmasters, Bricker's involvement in scouting was supposed to be limited after relinquishing his position as a scoutmaster. Nevertheless, he received a 50 year plaque for scouting in 1988.

• When Bricker retired in 1985, the principal of Hubbard Woods School, despite other complaints about Bricker, allowed him to come back as a full time substitute for four more years. This information was used to get this same principal to step down from the District #36 school board in 2015.
• In 1997 another molested student stepped forward requesting Bricker's school records, using FOIA. The student was turned down. In fact there are multiple letters written by superintendents and attorneys to people requesting records. The letters of request don't seem to be there.
•  Finally an attorney pointed out that the school was denying FOIA access to Bricker's records improperly. The records could have redactions, but not be withheld.
• There is a reference to a journal about Bill Bricker that was kept by a superintendent of schools who was critical of Bricker, a fact revealed in some correspondence. He refused to give the journal to anyone but Martin Lucente, the Sidley Austin attorney for the schools who stonewalled with his improper interpretation of FOIA. He has since passed away.
• Where is the journal?
• There is a long letter defending Bricker written by the owner of the Teton Valley Ranch, who refused to believe that he was a child molester. His adamant support of Bricker helps explain why the former scoutmaster, teacher, and camp counselor was able to molest children for so many years.

* The North Suburban Boy Scouts  contacted to get the names of all the boys in Bill Bricker's troops so they could be apprised of an ongoing investigation. Also to determine the number of suicides.
° The BSA national office was contacted regarding the notorious Boy Scout "Perversion Files." After years of refusing to reveal these records, they are now online. However, at some point, the original 20,000 were purged, and now only 6,000 files exist. There should have been files for Bill Bricker from the 1968 incident, but there is nothing.

BELOW -- 1. A cover picture of scouts on an outing with Bill Bricker strumming the guitar 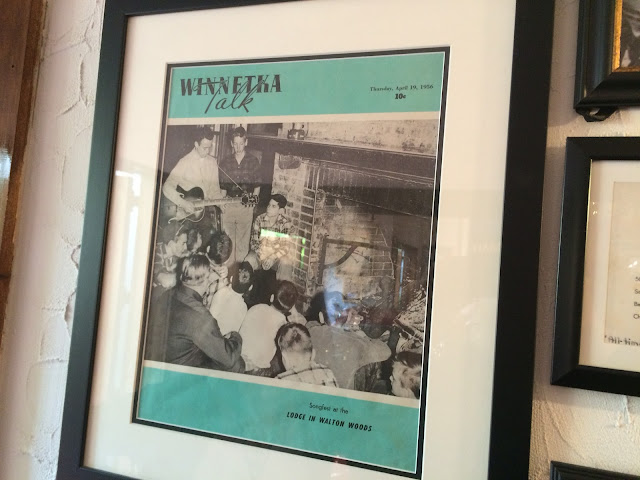 2. A photograph of Bill Bricker [top right] in the midst of a group of boy scouts on an outing. 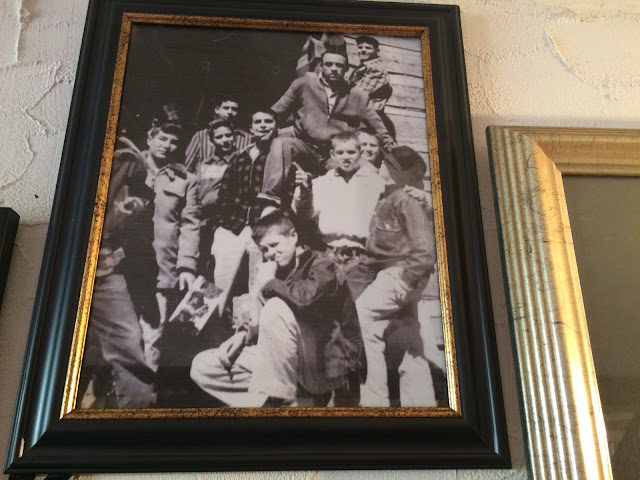 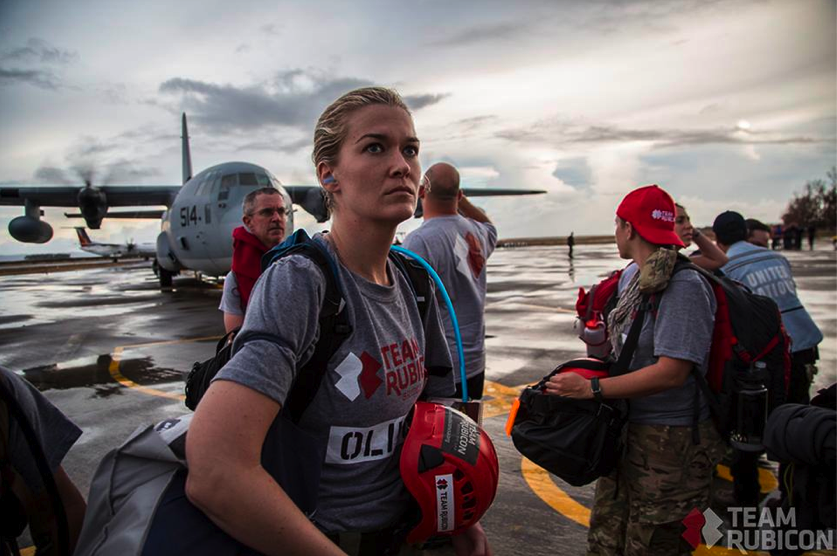 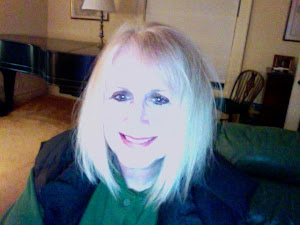 This flattering selfie only vaguely resembles Mrs. Linklater, who clearly just had her hair flat-ironed and her face painted. Oh, and the flash was so bright it obliterated her myriad wrinkles. Along with her nose as well. 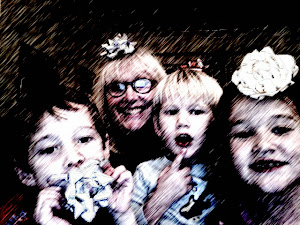 Mrs. L with Niece & Nephews in the Photo Booth 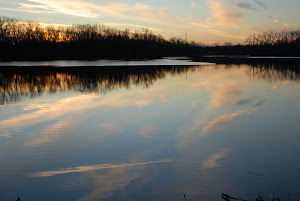 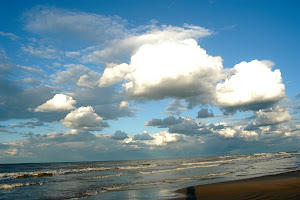 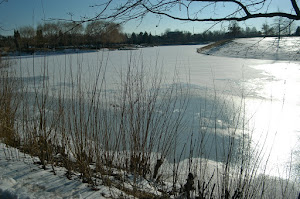 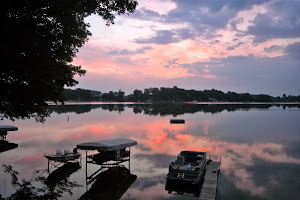 Sunrise from the deck outside my room 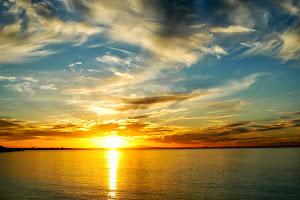 Down on the Farm Up in Wisconsin 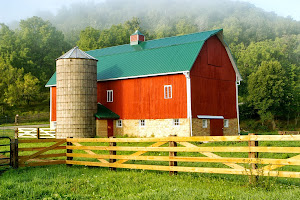 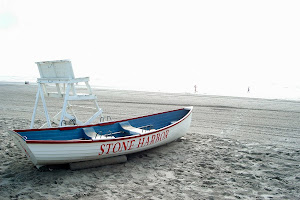 Even the bad days are good. 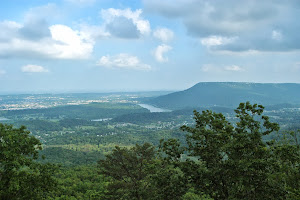 Looking Down In The Valley 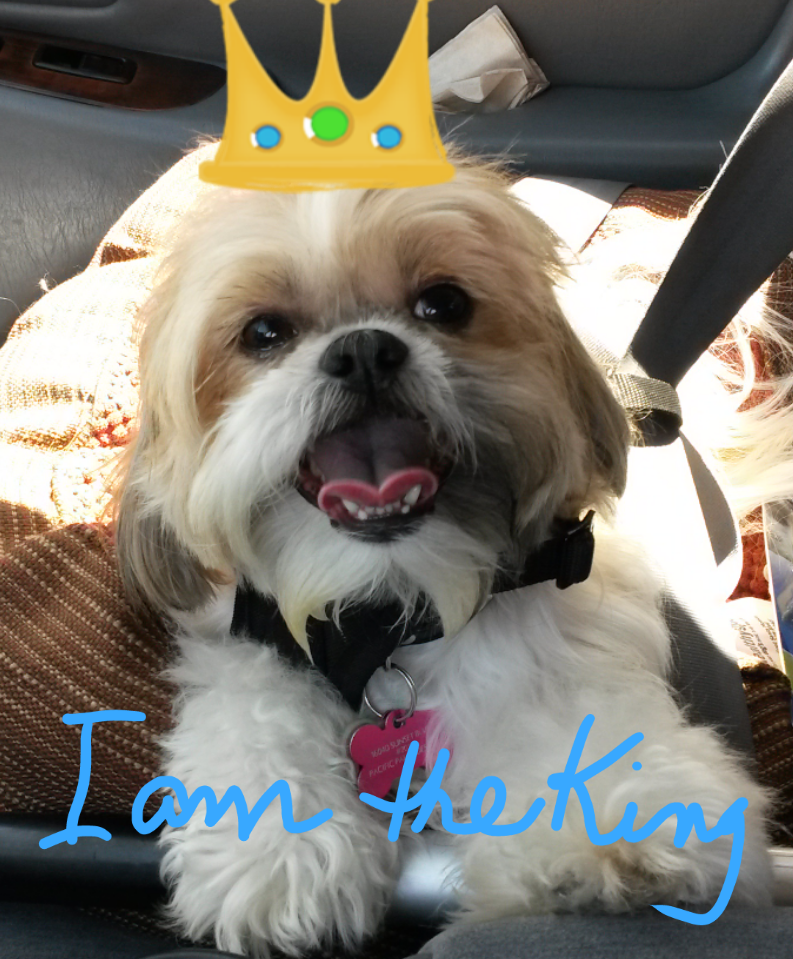 Cutest Rescue Shih Tzu Ever • His Mom Brings Him to Badminton

Ladies, look what you missed! You had your chance. He's spoken for now. 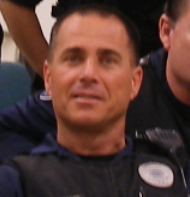 Johnny Depp Realizing He Left the Oven On 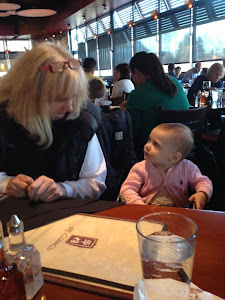 "So you're Auntie Grandma!"

Mrs. L
Chicago, Illinois, United States
I like quiet evenings by the artificial log fire, walks on the beach [but not Daytona, because that sand is like walking on cement], the scent of lighter fluid right after the match hits the charcoal, the sound of a hog idling in my driveway, you know, the simple things.